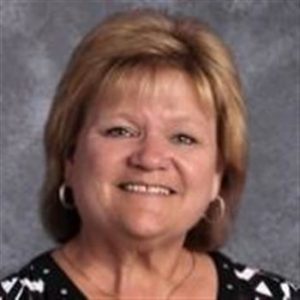 Hello, My name is Melanie Reichert and I am the Municipal Judge for the Village of Union Grove. The following is the Preamble to the Wisconsin Code of Judicial Ethics: Our legal system is based on the principal that an independent fair and competent judiciary will interpret and apply the laws that govern us. The role of the judiciary is central to the American concepts of justice and the rule of law. Based on this philosophy, it is my duty and honor to hear and treat all cases in an unbiased manner. Given due process and equitable treatment under the law, it is my goal to leave each person with a lasting, positive impression of our country’s system of justice.

Since most people are concerned about appearing in Court, I offer a few rules and procedures to help you understand how the Court works. This is a Court of Law and the rules of proper decorum, procedure and evidence will be followed. The Court respectfully requests that all hats are removed, and cell phones are silenced while in session. In addition, please remain quiet (please remove loud or crying children), giving others the courtesy to be heard and present their cases.  Persons who fail to conduct themselves in an orderly manner shall be cited for contempt of Court. The Court has jurisdiction over traffic and non-traffic ordinance violations that occur in the Village of Union Grove.  Defendants may choose to represent themselves or retain an attorney.  The Court will NOT provide an attorney. No matter the outcome of any ruling, the Court would like to stress the importance of each citizen’s responsibility to adhere to all laws. It is up to each of us to make our community a safe and desirable place in which to work and live.

Initial Appearance
This may be your first visit to this Court, and it is our desire that you be fully advised of your rights and the Court’s procedures. Today is the initial appearance session of the Court, and it is primarily for the purpose of taking your plea to the alleged violation of the law.
Entering A Plea
Pre-Trial Conferences
If you plead Not Guilty you may request that a Pre-trial be conducted (at a later court date) so that you can discuss a possible settlement with the Village Prosecutor. You are not required to have a Pre-trial, but if you request one, your personal appearance is mandatory. The Judge does not participate in the Pre-trial hearings, nor does she have to accept any negotiated or amended charge.
Failure to Appear
If you fail to appear at your scheduled Pre-trial, or the Court Trial, the Court will either issue a warrant for your immediate arrest or enter a Default Judgment against you.
Driver's License Status
Driver’s license status:
Instructions on Checking Driver’s License Reinstatement Status Online
Probational Licenses
If you hold a probationary license, the points will be doubled on your second and/or subsequent convictions.
Jury Trial
All Trials, except non-traffic juvenile cases, are public trials. You have the right to retain your own attorney and subpoena witnesses. You may also represent yourself. You are presumed innocent and will be convicted only if evidence is clear, convicting, and satisfactory that you committed the violation with which you have been charged. All witnesses must testify under oath. The Prosecution will produce its own witnesses to testify to the facts and circumstances surrounding your alleged violation. You or your lawyer will be permitted to cross-examine each witness that testifies. When the prosecution has completed its case, you and your witnesses will be given the opportunity to testify, and you will be subject to cross-examination by the prosecutor. The Rules of Civil Procedure and Evidence will be followed. After all the evidence has been presented, the prosecution and the defense will be given an opportunity to summarize, by brief argument, their respective cases to the Court. Thereafter, the Court will decide, based upon the evidence and the law, whether to find you Guilty or Not Guilty. If the Court finds you Not Guilty, you will be discharged and the Complaint against you will be dismissed. If you are found Guilty, the extent of the penalty is dependent upon the circumstances surrounding the violation and the person’s past record.

Only if you have been charged with the offense of Operating a Motor Vehicle While Under the Influence of an Intoxicant are you entitled to a Jury Trial on a plea of Not Guilty. You must: file a written request to this Court for a 6 person Jury Trial within ten days of your initial appearance and post $6.00 for each juror, as well as the bond amount on the citation. Failure to comply with the above will result in a trial in this Court (no jury).

For more information about trials in Union Grove, please read this important document.

Questions
For any questions relating to municipal court, please contact the court clerk Roberta Campbell at (262) 878-1818 or roberta@uniongrove.net.